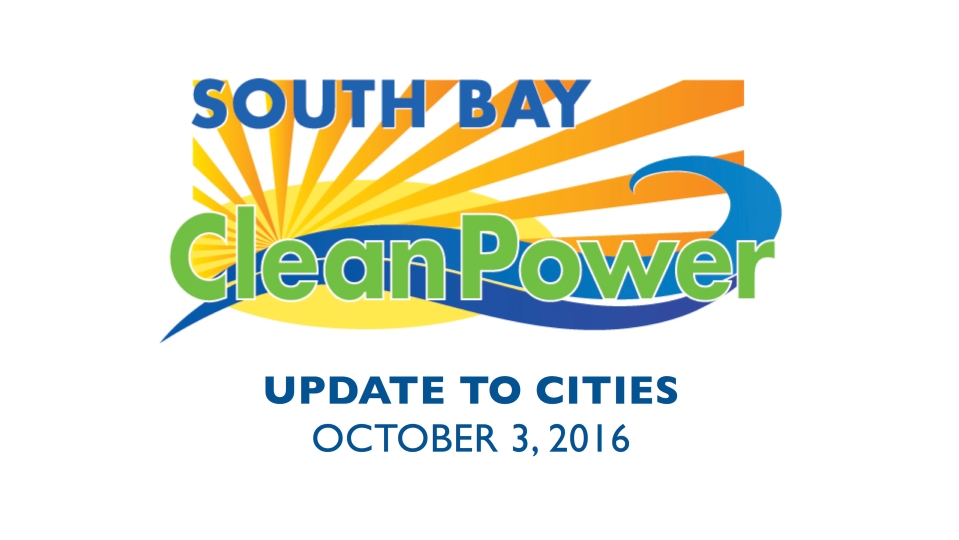 This was the week that was for Community Choice Aggregation programs state wide and it all began on the first day of the week right here in Los Angeles County, in the City of Manhattan Beach.

Elected representatives and staff members from 12 of the South Bay and West Side Cities who had passed resolutions to participate in a CCA feasibility study met for the first time last Monday afternoon to evaluate their embarrassment of riches when it comes to Community Choice Aggregation program options.  30 people gathered at the Police Community Room with a half dozen more participating remotely on-line and on-the phone. 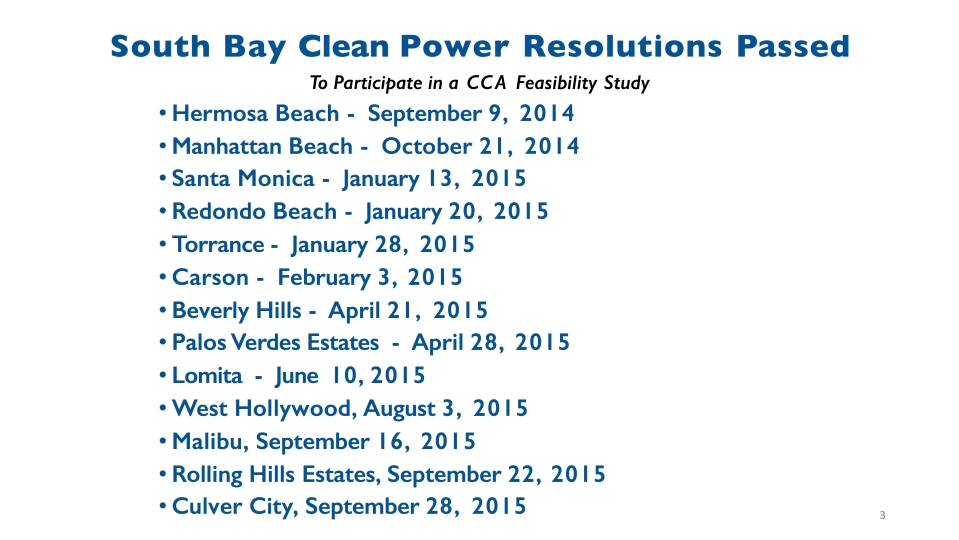 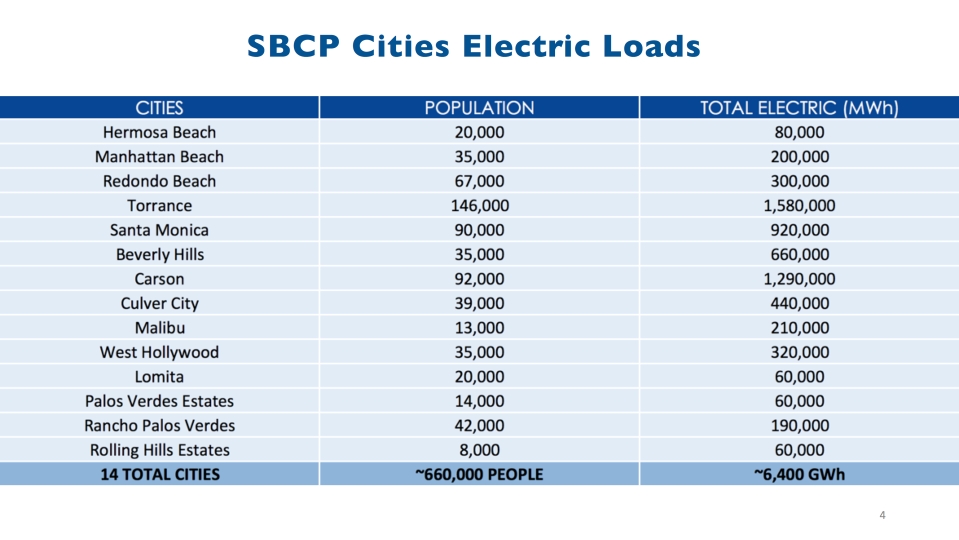 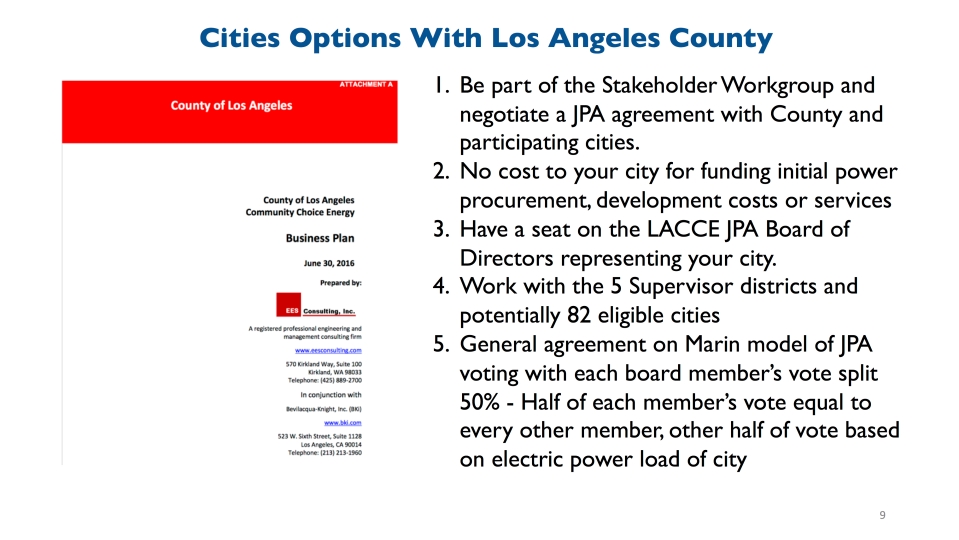 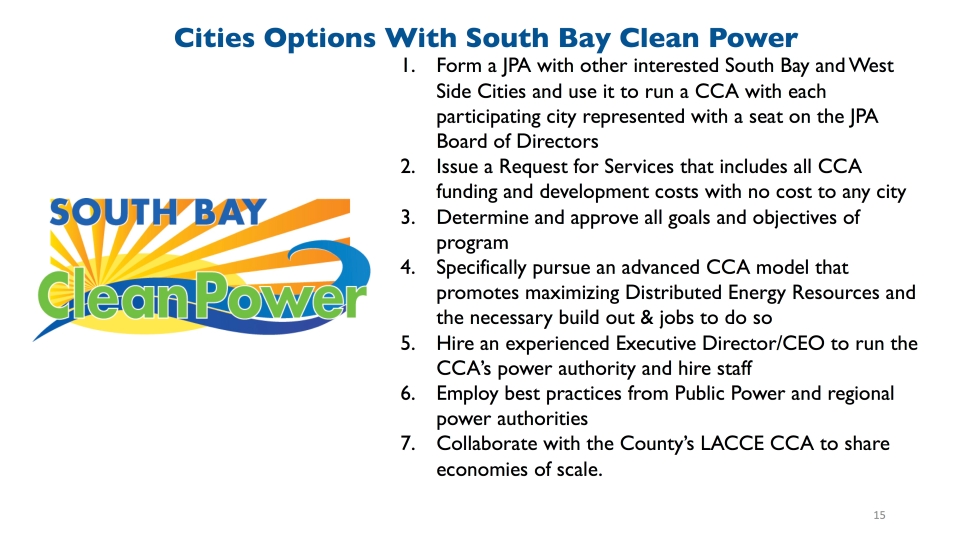 The Cities’ representatives were joined by labor leaders, environmental and community organization leaders and citizen activists who have been working together as the ad hoc South Bay Clean Power Working Group.

They all heard from Working Group Chair, Joe Galliani, whose presentation made a strong argument of a Distributed Energy Resources (DER) model for South Bay Clean Power: 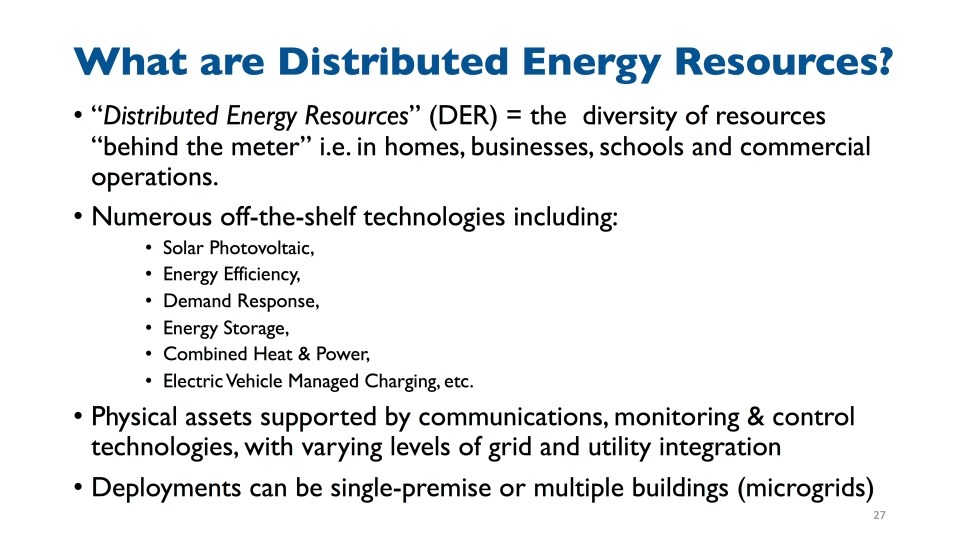 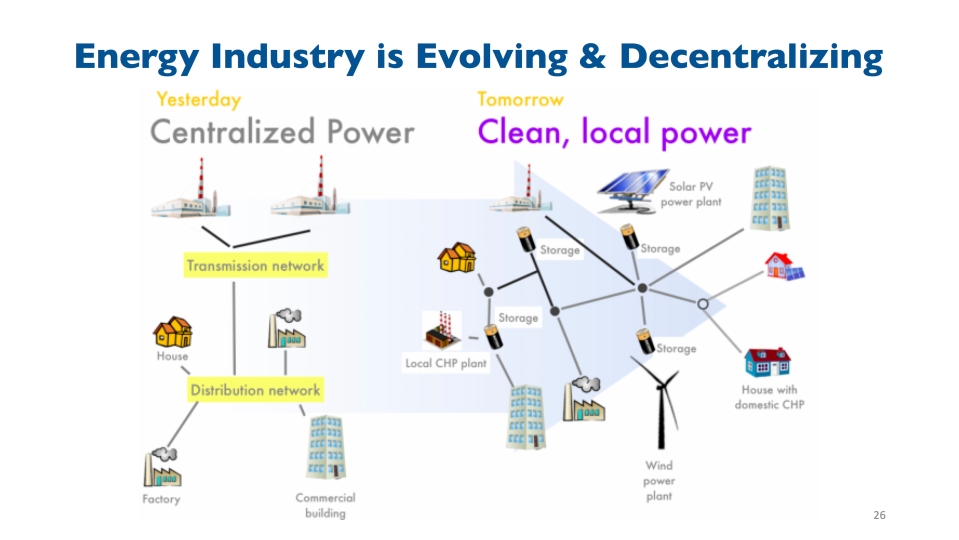 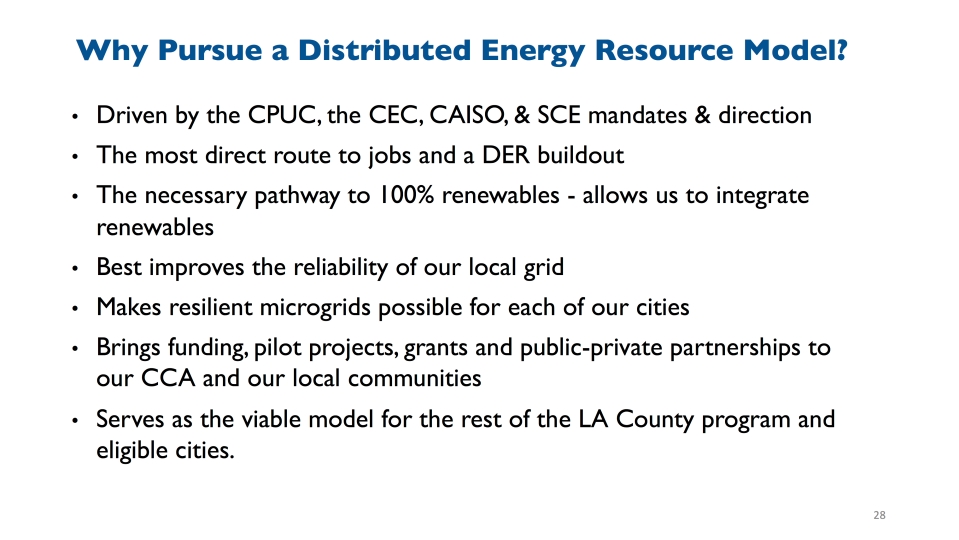 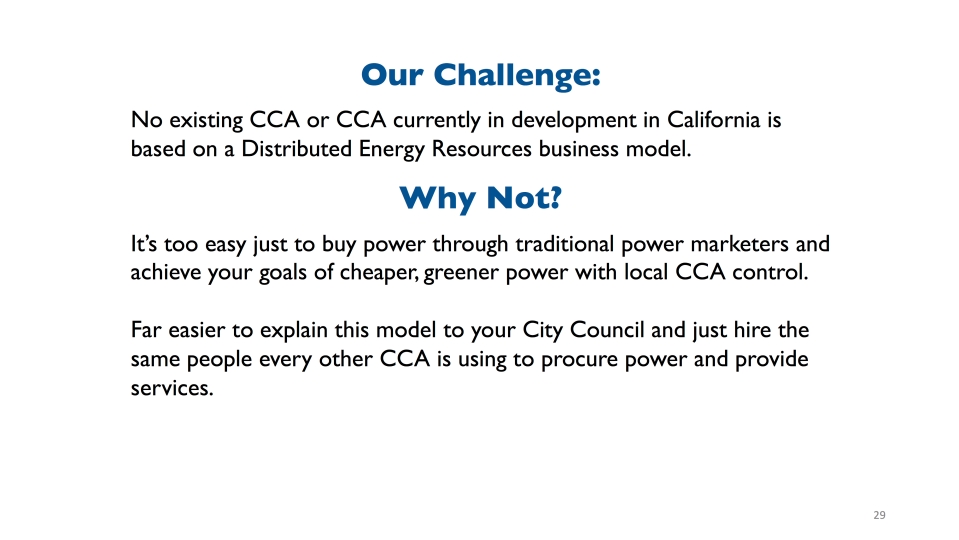 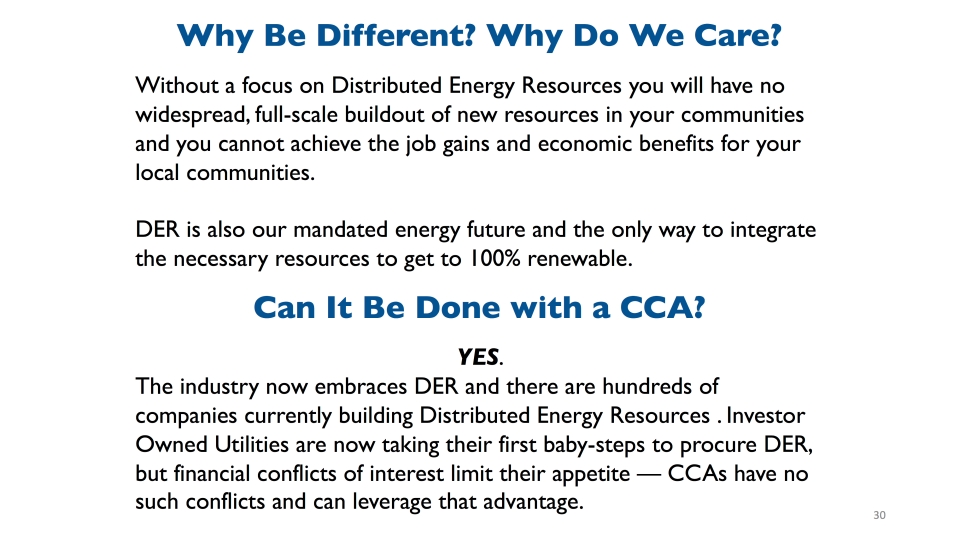 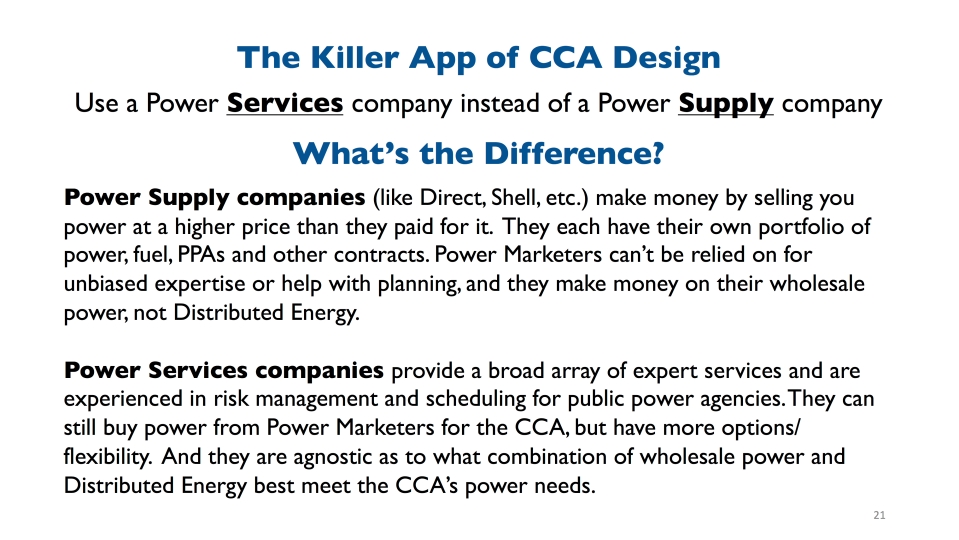 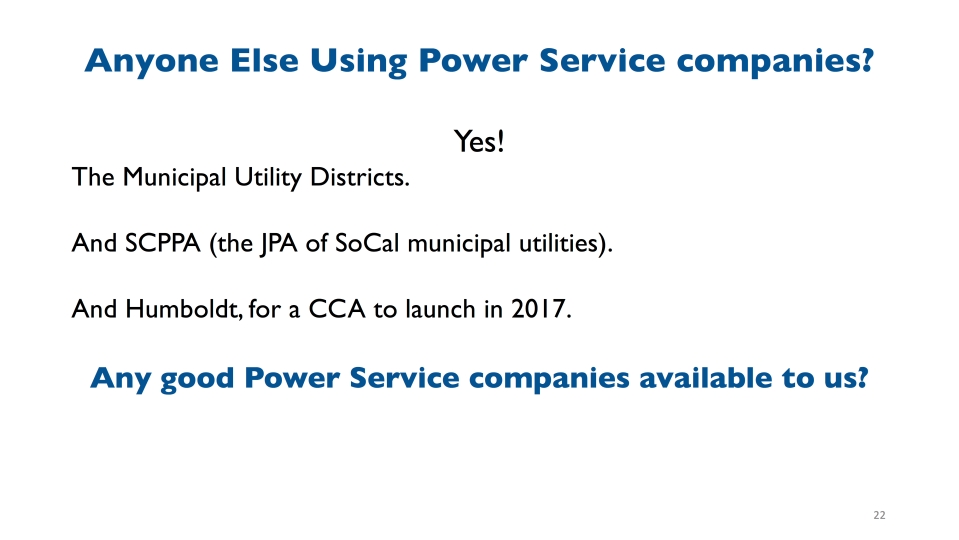 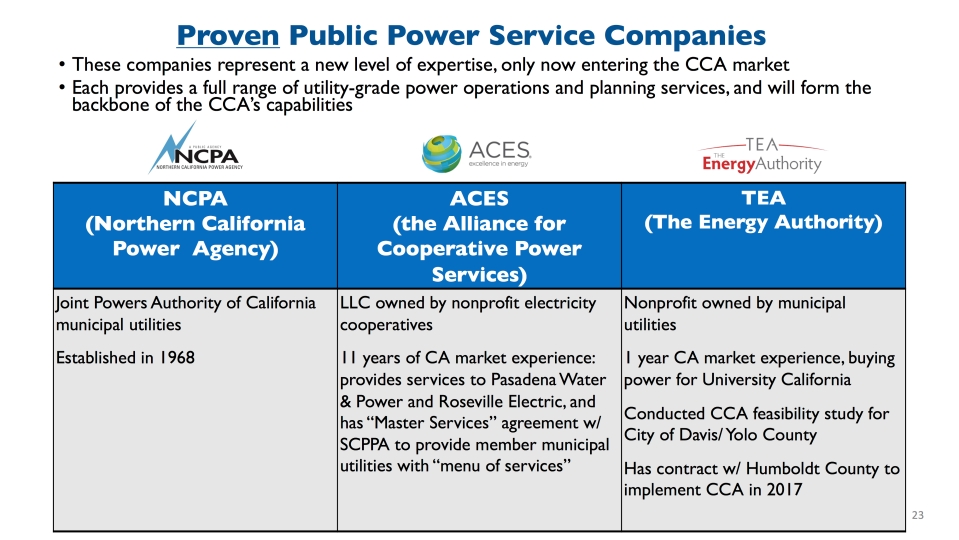 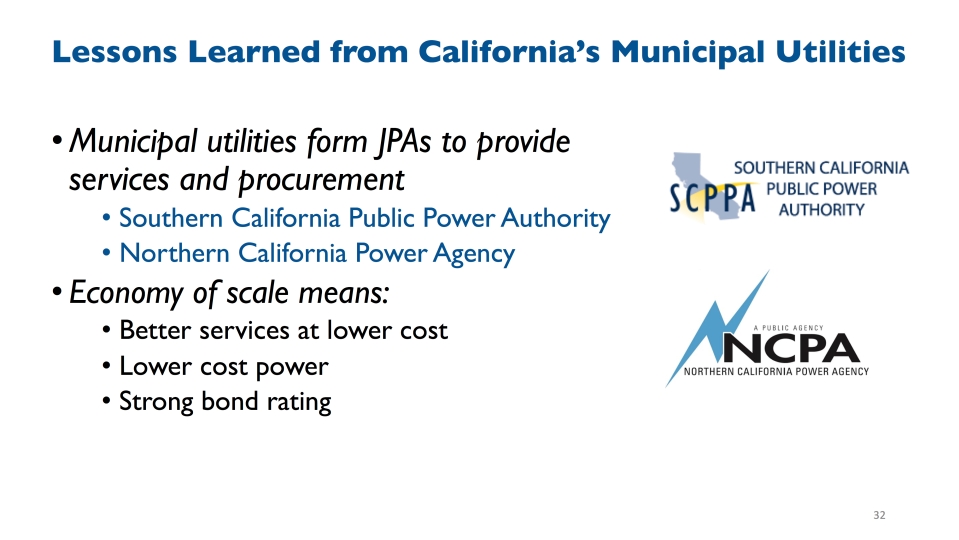 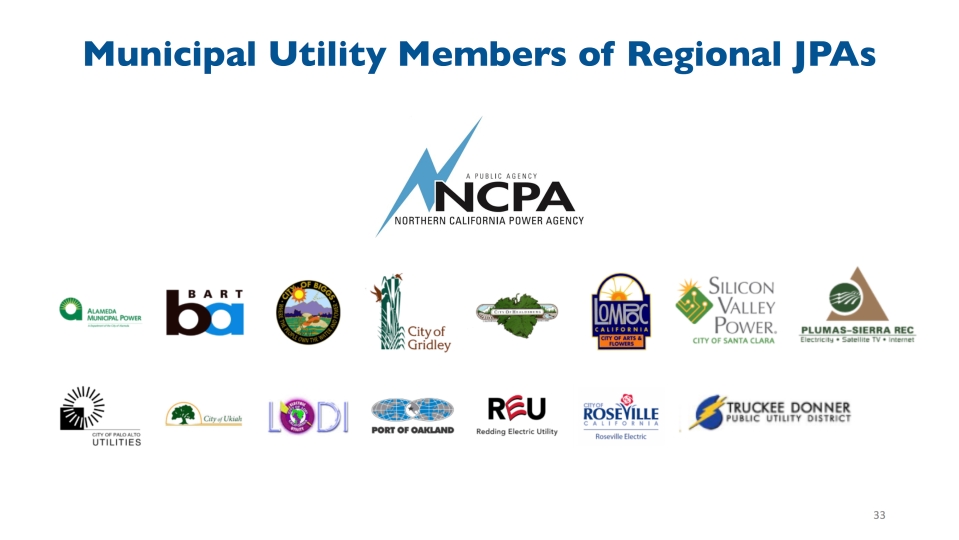 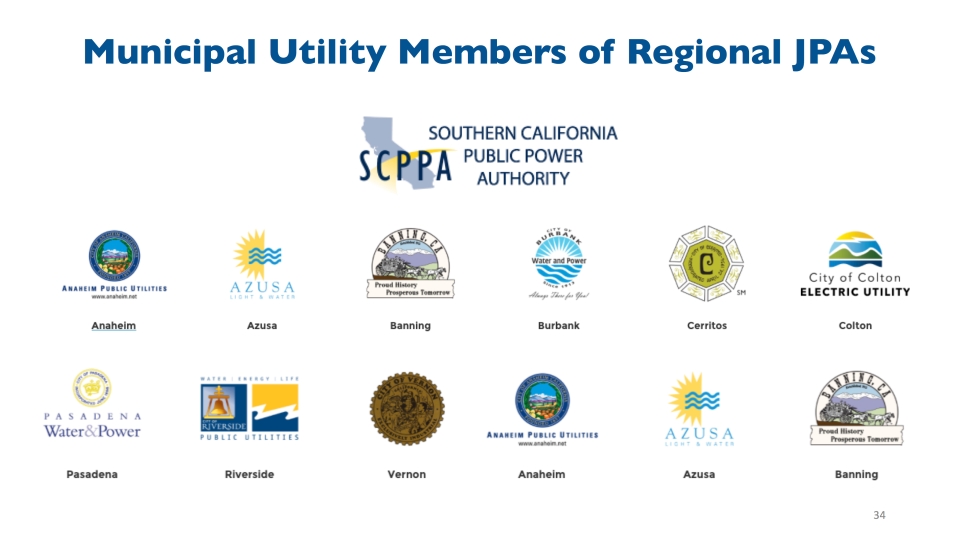 South Bay Clean Power is proposing an umbrella JPA of CCAs that would be created based on the model of the Northern California Power Agency (NPCA) and the Southern California Public Power Authority (SCPPA). The JPA of CCAs will solve the County’s governance challenge of how to govern a JPA with over 82 potential board members, and provides for the economies of scale desired by all. 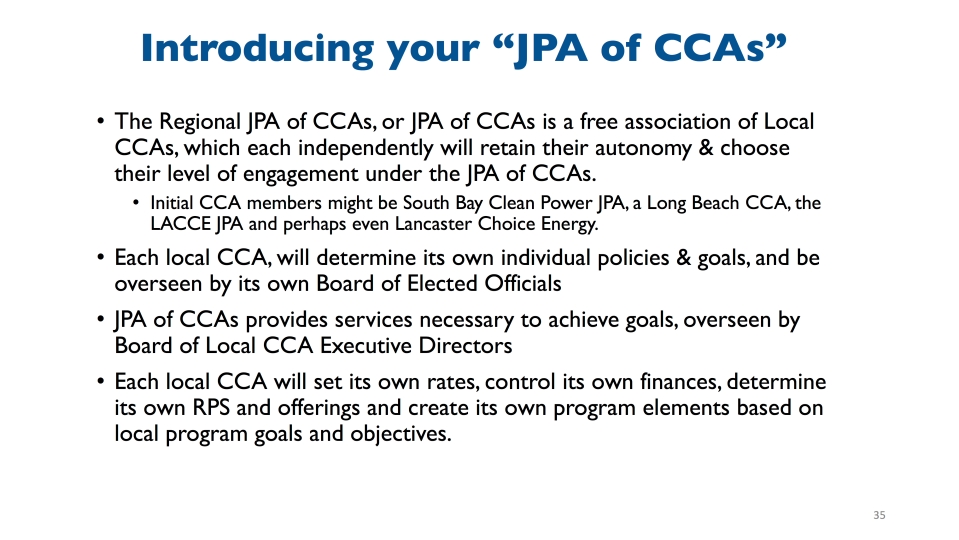 South Bay Clean Power will now meet individually with each City to brief electeds and staff in more detail on our proposal and to present our draft Joint Powers Authority document for review, input and collaboration.  We will be working full time through the end of the year to put the South Bay Clean Power cities in position to form a CCA in early 2017 with more combined electric load power than any other California program.

We also look forward to sharing our proposals and resources with the County of Los Angeles and its CCA eligible cities to provide the pathway for the most effective and successful Community Choice Power program in California.

Posted on October 7, 2016 by creativegreenius